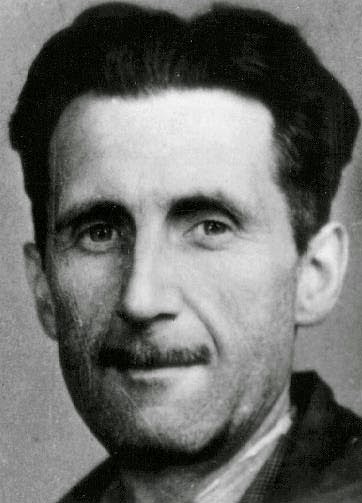 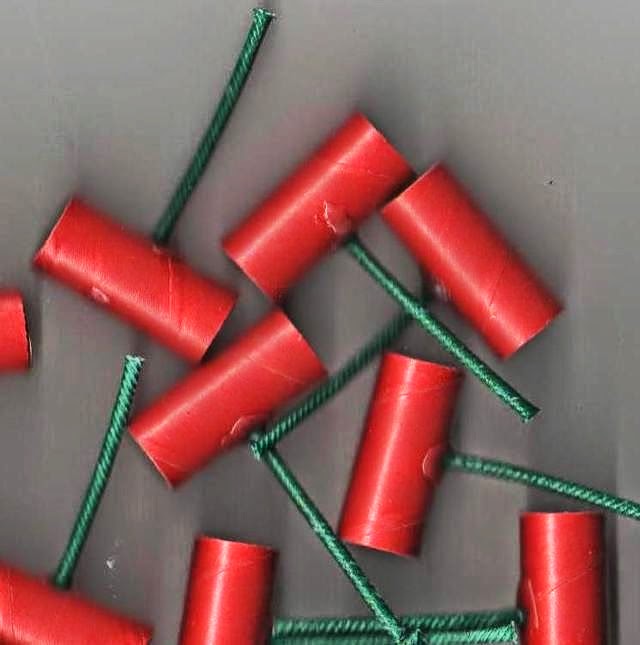 Reason vs. the Crowd 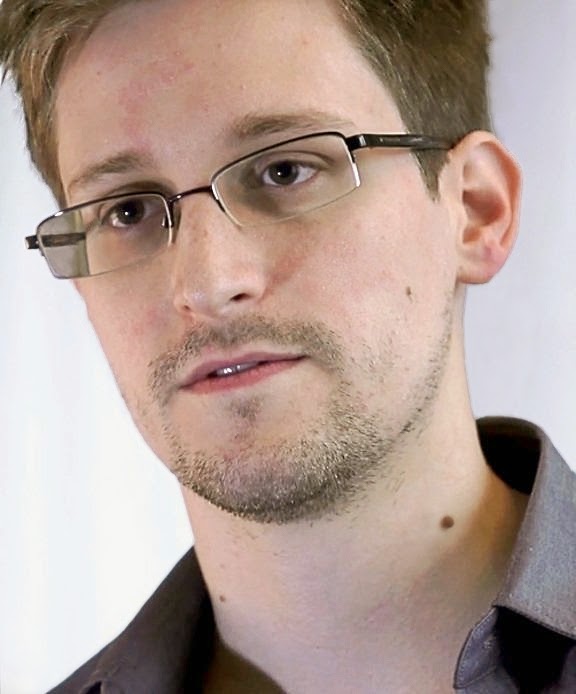 Foreign Troops on US Soil

Why'd he change his mind?

Why are Wars Fought? 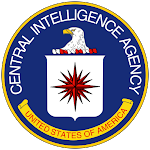 Was the "Greatest Generation" Wrong?

Boot to the Banksters

Old Hickory gave it to them 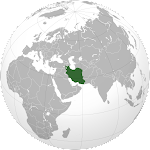 NDAA: Not in Virginia

This old vid will shock you

A Letter from Congress

but OK for Government?

The Tolerant, Patient, Generous Folks that Keep me Writing: 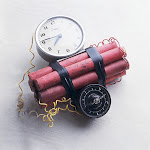 Due Diligence considers all

the one on the right

The Trouble We're In

israeli commandos on US soil

Why I Fear for USA

Fear in a Suit 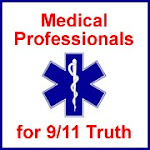 Rush Limbaugh admits he believes Osama bin Laden is dead on todays show - plus Thom Hartmann DRG interview - so what is the mission in AFPAKistan?

Given: The news today that our peaceful President Obama is sending a bunch more troops to AFPAKistan to die for nothing as in the following article:

"Obama will try to sell a skeptical public on his bigger, costlier war plan Tuesday by coupling the large new troop infusion with an emphasis on stepped-up training for Afghan forces that he says will allow the U.S. to leave.
Obama formally ends a 92-day review of the war in Afghanistan Tuesday night with a nationally broadcast address in which he will lay out his revamped strategy from the U.S. Military Academy at West Point, N.Y. He began rolling out his decision Sunday night, informing key administration officials, military advisers and foreign allies in a series of private meetings and phone calls that stretched into Monday."

As the realization dawned on me that yes, indeed, we really are going to continue this AFPAK war based on falsehoods - I decided to take a drive and listen to what the pundits on AM radio had to say. My expectations - the leftys would come up with all kinds of excuses to explain why the President of Peace is morphing into just another Wager of War. The righties would ignore the fact that they started this loser of a war and find ways to pin it on the Democrats. But now - Obama has no way out - instead of ending it - he's getting right in line making the right-wing propaganda stick. Although the following is disorganized - it matches the jumble of memories as I flipped through the various stations - left and right wing.

I'm almost embarrassed to admit listening to the Rush Limbaugh show because the propagandistic nature of it is so obvious to me. Rush is a divider helping maintain the Demopublican vs. Republicrat paradigm that is keeping the American public frustratingly paralyzed- but some sick curiosity within me made me listen to his drivel anyway. Today - on an AM station here in Charlottesville, Virginia at 13:29 Rush said he believes bin Laden is dead - killed at Tora Bora. This was during a rant to his flock saying something to the effect that one should vote Republican and not consider switching to the independent party because third parties are just people standing in a room together shouting while getting nothing done. So, Rush, let's hear you educate us some more from your excellence in bullshitting network - what is the mission in Afghanistan? What is the mission in the AFPAK war? Are they the same? By the way - how is "getting nothing done" different from what is going on now? By 'nothing' I refer to the interests of the non-super-rich in America. You'll never hear answers to these questions on Rush's propagandathon - just like you'll never hear any complete truths or facts from him. His show is light on facts - heavy on red meat blather.

Another AM radio propaganda show, starring right wing shill Fred Thompson, attempted to blame this nightmare on Obama. While answering a caller he said Democrats can't keep bringing up the past - "lead" he said as he referred to Obama taking over the Bushies war in Afghanistan - which - remember - was to "smoke'em out" (bin Laden). Whew - after all those years of guys just like him blaming Clinton for everything under the sun this idiotic blather almost made me puke. I guess we'll have to wait for Obama to tell us the reason our troops need to spend Christmas fighting in an unconquerable land.

Consider this NY times article CLICK HERE where we see the original excuses we were given to embark on a disaster:

"But we're going to smoke them out," he said.

"The Taleban," he said, referring to the fundamentalist rulers of Afghanistan, "must take my statements seriously."

Mr. Bush, who visited the Pentagon as military planners were preparing call-up orders for 35,000 reservists, said the military was prepared to pay "any cost" as it mounted a long and difficult campaign against terror.

His comments appeared in part spontaneous, reflecting a rage that seems to have been building for days, and that aides say was stoked by the horror he witnessed Friday on his visit to New York. "I want justice," he said. "There's an old poster out West that said, 'Wanted, dead or alive."

Later in the same article:

"Secretary of State Colin Powell said that "all roads lead to" Mr. bin Laden as the man behind the four hijackings that yielded the destruction of the World Trade Center in New York, the attack on the Pentagon and a death total exceeding 5,000.

He praised Pakistan for sending envoys to demand that the Taleban government in Afghanistan, which believed to be sheltering Mr. bin Laden, hand him over."

Seems pretty clear to me that the Republicans started this mess ...so what is the mission in AFPAKistan? back to the radio...

A left-wing show host, Stephanie Miller, reacted a little to the news that Obama is sending more of our troops to die for some undefinable reason, but the show was so infantile I just turned it off. I'm sorry Stephanie - I know you have to appeal to your audience - and I know you have to get ratings - but by Jupiter your gonna' have to get tough on these "statesmen" or we're all gonna' go down together. Maybe I'm overestimating the audience. Don't know. I will say Stephanie sounded a bit stunned and at a loss when grasping for reasons to continue supporting our new rock star prez. Maybe the "rock" in his star is in reference to the terrain of Afghanistan. Oh well, I can't get too harsh with Stephanie - after all she called for the execution of sh*tbaugh - on Larry King. Click here where she's beat up for making this comment which was probably a joke. Hell I thought it was funny. My problem with her call for his execution is I didn't hear anything about a trial first.

...so what is the mission in Afghanistan? I've stated in the past that Osama bin Laden has been dead since 2001. Not too long ago people like myself were laughed at for making such assertions based on the research done by David Ray Griffin in his book Osama bin Laden Dead or Alive?

Finally - I heard a bit of the beginning of the Thom Hartmann show - he stated that he isn't giving up on Obama yet. Geez Thom - what on Earth is it going to take? I will, however, say thanks to Thom Hartmann for showing the courage to conduct the following interview of David Ray Griffin which I suggest you listen to. There are more like it - see No Lies radio link on left side of this page. Here's the Hartmann interview - thanks again Thom.

So - what is the mission in AFPAKistan? If bin Laden is indeed dead - we have a 'disconnect' - a disconnect with reality. Unless the mission has more to do with Opium and a purported pipeline. Once one takes into consideration more covert motives, the exercise in futility, the butcher shop that is Afghanistan, begins to take shape. And it doesn't seem to have anything to do with capturing a dead guy.

What can we learn from all of this? We all need to talk - especially with those we disagree with. As long as everybody keeps talking I think we'll be alright. The old saying is "Divide and Conquer" - it is no secret we are divided. Let's listen to why this phony war must be continued, write it down, then hold them accountable - and that may mean trials.
------------
UPDATE DECEMBER 2, 2009 Obama orders 30,000 troops to Afghanistan, plans withdrawal in 2011
UPDATE DEC 2, 2009 Biden Going On All Three Morning Shows To Defend Afghan Policy
UPDATE DEC 2, 2009 Dick Cheney slams President Obama for projecting ‘weakness’
UPDATE DEC 2, 2009 Obama: "The first thing I will do as President is get our troops home. Take that to the bank."
by Jack Rabbit at 12/01/2009 02:34:00 PM

Only by exercising YOUR freedom of speech shall you keep it. Comment now - I can handle it....